Pollution of the world’s rivers, how big is the concern ? 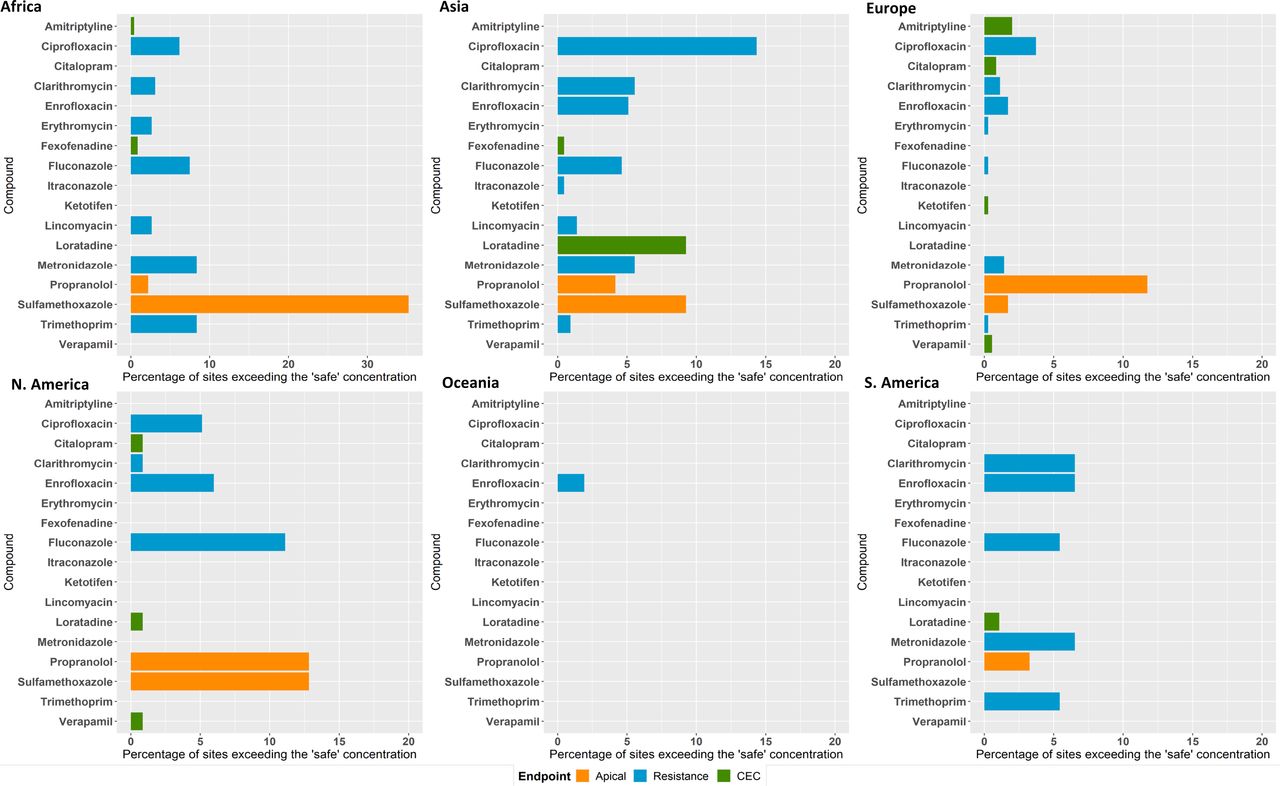 In almost 1 / 4 of the sites monitored worldwide, the concentrations of medicine found in rivers exceed  the levels recommended preserving aquatic biodiversity or to prevent antibiotic resistance: that is one of the outcomes of a study performed through the University of York (United Kingdom), in collaboration with 86 studies institutes, including  the National Research Institute for Agriculture, Food and the Environment (Inrae) in France.

For this study, the authors looked at a wide variety of rivers, from isolation area to crowded zone. In a few numbers, 1,052 sampling sites along 258 rivers in 104 countries of all continents have been studied.

In the context of One Health the river pollution and more widely the environment pollution from pharmaceutical are real treats to human health especially in terms of selection for antimicrobial resistance.

The finding of the study showed that many pharmaceutical substances were found, but analgesic, anti-diabetic and antimicrobial were the main source of pollution.

This brings a fundamental question concerning antimicrobial and antifungal : are we creating a reservoir of resistant bacterial and fungi in our river ?

Indeed, in the study, they found that antimicrobial concentration could be a concern.The concern that environmental exposures could select for antimicrobial resistance (AMR) in microorganisms and thus contribute to the global AMR crisis.

For example in Barisal, Bangladesh, where the highest concentration of this antibiotic was more than 300 times higher than the safe target, it is really likely that resistances are occurring.

At Vibiosphen we are taking the One Health concept seriously, and we try to give input when needed on the compound ecological impact.

👉The study : Pharmaceutical pollution of the world’s rivers👈