The One health concept and its two pillars 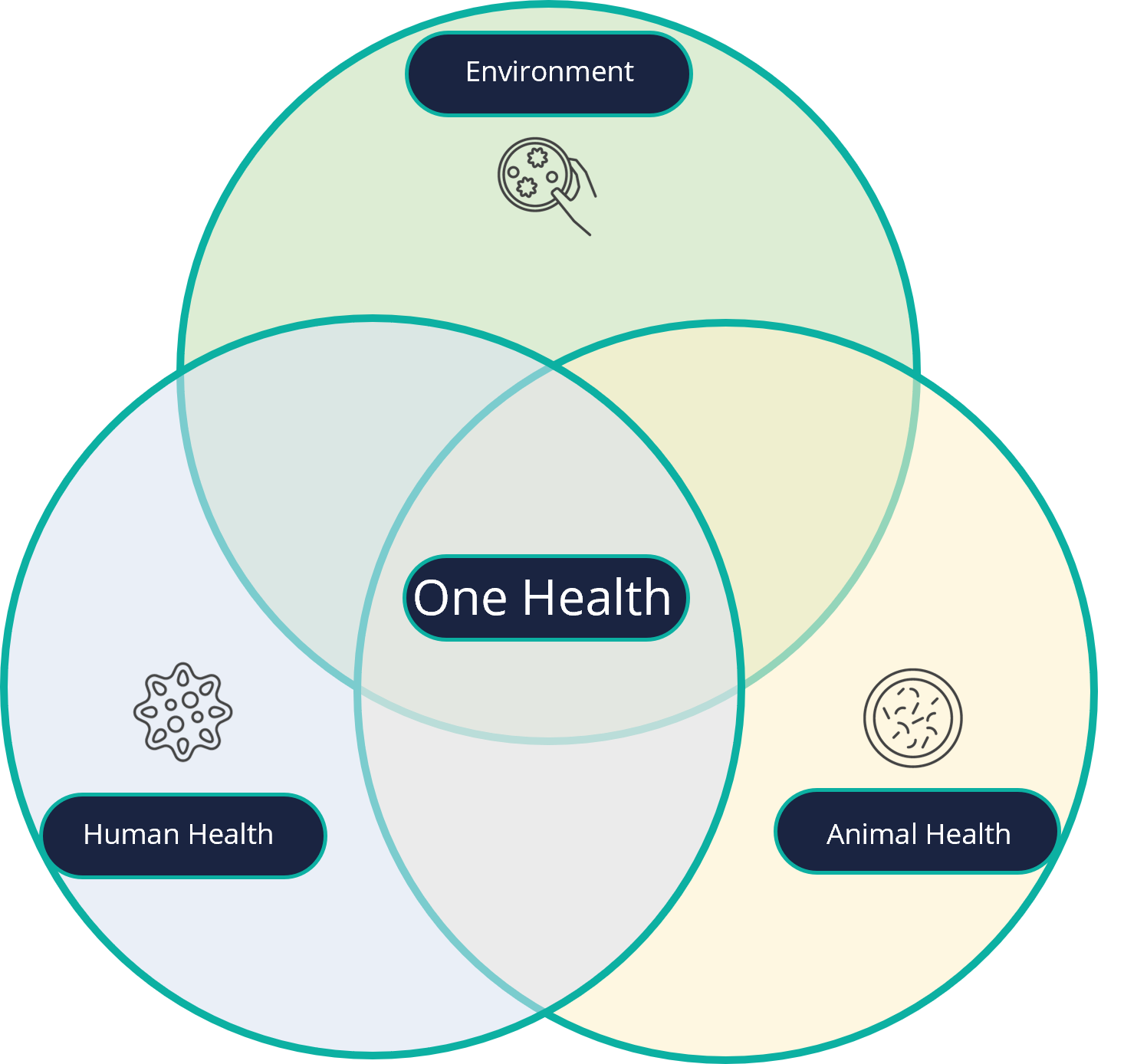 The one health concept intends to avoid new pandemics by having a systemic point of view of the situation. We can take the concept as a two pillars solution. On the one hand by controlling the exposition of livestock with wildlife to reduce the cross-contamination and on the other hand by controlling the risk of emerging diseases inside the livestock.

The first pillar by controlling zoonoses. They are many actionable measures that can be implemented in order to decrease the likelihood of transmitting disease from wildlife to livestock. Habitat loss and biodiversity loss is the first barrier, nowadays wild animals are living closer to human than it has ever been. Practices such as wildlife hunting, farming, or trading bring people into great contact with pathogens carried by these animals.

The second pillar consists of having the best practice in the management of treatment. One of the obvious examples is the microbial resistance that is thriving in human health. The misuse of antibiotics has led most of our tools to be inefficient again diseases. Considering that meat is widely part of our diet, if we don’t solve the problem of antibiotics in livestock, new resistance could emerge in our source of alimentation and spread to humans causing diseases that would have no tools (antibiotics) to control.

A great resource to learn more about the action that should be implemented : www.unep.org

This second pillar is one of the visions that we have at Vibiosphen, we contribute to developing alternative treatments to resist resistance.